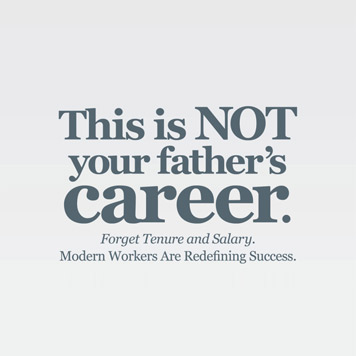 At one point in time, success for the US worker was synonymous with climbing the corporate ladder and paying one’s dues. The common career path included a lifelong commitment with one organization, with sights set on a series of promotions over several decades. Today’s workers, Millennials now the majority, have different ideals about success and many don’t march to the same beat as the generations before them. A recent study asked more than 11,000 job seekers how they define career success and it found that the modern day worker’s notions have evolved.

Here are 3 key findings that small businesses should be aware of:

Money ranks low as a means of fulfillment. As it turns out, traditional markers for success, such as salary, aren’t the only motivation for today’s workers. The study, which was evenly split between employed and unemployed job seekers, revealed a strong majority (77%) believe they have achieved career success. The top reason cited was pride in their work (48%), which ranked well above money (2%) as an indicator.At face value, offering good pay might sound like the end-all solution to keeping the best employees around, but it matters less than you think.