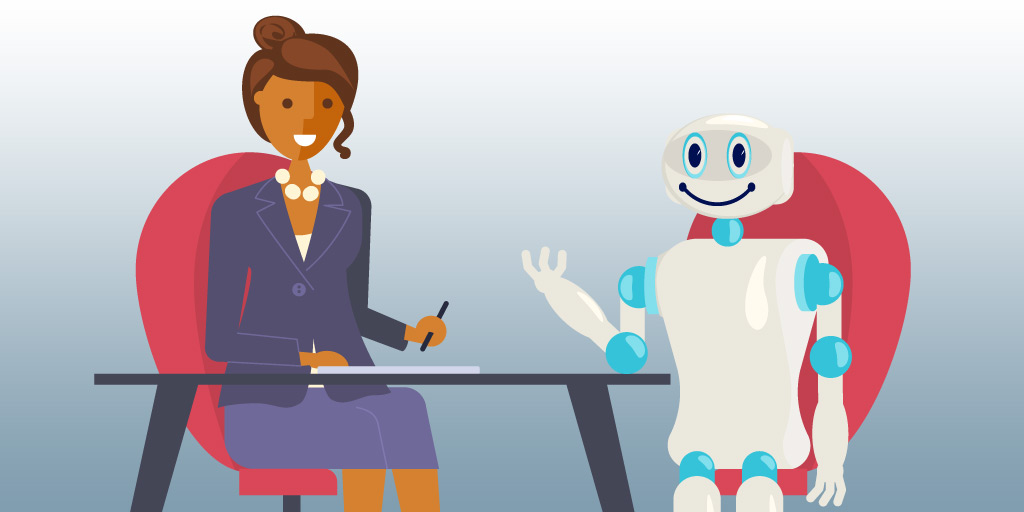 Job seekers are at a premium right now – in fact, according to the U.S. Bureau of Labor Statistics, unemployment is at its lowest in 50 years. In a tight labor market, reaching qualified candidates faster than the competition is incredibly important for companies with roles to fill.

Speeding Up the Process

Often, conflicting candidate and employer schedules lead to delayed hiring processes. To help try and combat that, employers are increasingly turning to technology. For some companies, this means creating an automated phone or video interview that candidates can take on their own time. For others, it may mean Skype or phone interviews instead of an in-person meeting. For employers, these solutions are helpful – they take less time and significantly less schedule coordination.

But How Do Job Seekers Feel?

You might think that job seekers would also enjoy the convenience of a video or automated interview – there’s no coming up with convincing excuses to tell your boss when you can’t conduct the interview before or after business hours. However, according to a 2017 Nexxt survey, candidates feel that AI can’t adequately assess them. According to the survey, 76% of job seekers believe VR job simulations will become common in the interview process, but 67% also said requiring these simulations would deter candidates from applying. Respondents who would not participate in a VR simulation believe that it wouldn’t accurately reflect their ability to perform their job (53%). When it comes to a more intellectual evaluation, job seekers don’t think AI can get it right either. Of the skeptics, nearly 70% of respondents said that AI is dangerous and will likely result in formulaic hires that may leave great candidates without job offers.

Should You Consider Automation?

While the convenience and speed of technology is great for many things, hiring might not be one of them. For automated interviews, candidates have a hard time reacting when there isn’t a hiring manager to react to, which leads to them hiding their personalities. In a recent Wall Street Journal article, job seeker Bob Lichty described his experience with an automated phone interview, saying, “Phone interviews are hard enough. When you throw this automated thing out there, it’s like, ’Wow, I have no idea how this is going at all. I don’t know if I’m killing it with my dad jokes, or if should I just leave them out.’”

This is a red flag for employers – so much of hiring has to do with whether or not someone’s personality is a good fit for the team. After all, if hiring were solely based on skills and experience, interviews would be completely beside the point and everyone would hire just from resumes. Job seekers also need to see if the company’s culture is a good fit, which can be hard to gauge from a video and downright impossible to tell from an automated process. If technology keeps someone’s personality from coming through, then it’s simply not the right tool for hiring.

The in-person interview process might take more time to schedule for both employer and potential employee, but it’s worth it. Both job seekers and employers need to meet in-person to really gauge whether or not there’s a strong culture and personality fit. Sometimes it really is true – slow and steady wins the race.

Want to get in front of the millions of qualified professionals? Visit hiring.nexxt.com to learn how we can introduce you to your Nexxt great hire.